March 28, 2021 is the 10-year anniversary of the New York Times launching its online paywall . Since then it has become the most successful news site to implement an online subscription strategy, with over 5.7 million digital subscribers as of Q3 2020.

The industry has had a tremendous focus on optimization, continually looking for ways to make paywalls work better, harder, smarter. Now, paywall solutions can be incredibly complex (and expensive). Whole teams are sometimes dedicated to just one part of the customer journey (The Economist has 16 people focused on retention alone).

Stepping back, what are some of the wider lessons publishers would have benefited from knowing before they started? How could this help those looking to implement their own paywalls now or in the future? Would it help them leapfrog ahead of those now burdened with legacy tech or outmoded processes?

One day a site doesn't have a paywall. The next day it does. It's a huge risk, and a very expensive one with all the planning and development it takes, often months in the making.

Once launched, the team starts to learn how to price and position subscription plans, target the right readers, trigger the paywall at the best time, leverage registrations, and more, the site will see an upswing in subscriptions. Success!

But not always for long.

This early stage is characterised as the 'low hanging fruit' phase. All your dedicated and loyal readers, those who love your content, start signing up. After a while, this pool is tapped out, and more often than not it is insufficient to bring in the revenue you need.

What publishers learn quickly is that their dedicated, core audience is only a small percentage of their overall readership. Sometimes the ratio between subscribers and casual readers can be as high as 150-to-1, or more depending on traffic.

Your team will deduce that there must be more people willing to pay - if only this enormous reserve of readers could be tapped!

So in response, with most if not all the low hanging fruit picked, they start casting their nets wider and wider to land more subscriptions. This leads us to lesson #2...

2) Cost of acquisition (CAC) increases rapidly beyond your core audience

At this stage, the team would now engage in testing a range of different strategies and tactics. Marketing may purchase lists of leads in the hope that a few among them might sign up. The audience growth team might start engaging casual readers with more sophisticated platforms and technologies. The sales team may play around with hundreds of variations of trial offers and discounts to see what entices readers the most.

Whatever the team is doing, it means one thing: spending money. Invariably, it costs more to reach these non-core readers and persuade them to subscribe. The cost of acquisition (CAC) starts increasing.

The problem is the lifetime value of customers (LTV), so promisingly high early on, is now also falling. Non-core readers are signing up for discount offers, but often churning out at very high rates, sometimes as high as 80%, when the trial period ends. It's costing you more to sign up people, but you get little in return and it's not covering the CAC like it used to.

So the team presses on, hoping to fine tune its strategies, hit on a few winners, and bring the costs down over time. This leads us to lesson #3...

3) Engagement strategies help, but also suffer from #1 and #2

The paywall strategy, originally narrow and limited to a few people, now starts to widen and involve more and more of the business.

Editorial start to plug in, as they recreate the most engaging content for readers to keep them coming back for more. New roles are created to help deliver new products, like newsletters, to drive potential and actual subscribers from their inboxes to your site (the Boston Globe has 30+ newsletters). Reducing churn becomes paramount as it costs sometimes up to 25 times less to keep a subscriber than to gain a subscriber, so whole teams are built to manage this risk - if the publisher can afford it.

But this is also temporary. Every new strategy suffers from the same original problems: low hanging fruit run out quickly; reaching beyond this is expensive.

This is a realisation more than a lesson. And it's a stark one. A lot of time, energy, and money goes in to gaining more subscribers, but at the end of the day it is often nowhere close to covering the shortfall from ad revenues, which are shrinking by the day.

2021 was the first year that industry experts identified subscriptions as more important than ad revenues.

Yet, according to the Reuters Institute:

The industry itself is split, with 51% believing that the subscription business model will work for most of them eventually, while 41% said it will only ever work for a small minority of them. In fact, 30-50% of subscriptions typically go to just a few big national brands.

Subscriptions are important, yes, critical even. But they are not enough. The vast majority of sites will never succeed in securing enough subscribers, no matter what they do. This leads us to the final lesson - lesson #5...

The reason most digital publishers won't earn enough from subscriptions is rooted in the reader experience, which consists of a 3-step problem:

The facts back this up.

Already in the US, ~70% of digital news & magazine sites use paywalls, according to Nieman Lab (2019). Yet ~80% of people only want 1-2 subscriptions. The reader experience ends up being negative and stressful with ~50% of US consumers frustrated over the sheer number of paywalls and paying for just one online news subscription, while 40% of Millennials feel "overwhelmed" by their subscriptions and 43% intend to cut back.

This is the onset of 'subscription saturation' and what makes the subscription model a zero-sum game for publishers - and it's only getting worse over time as more and more publishers and content creators opt for a paywall strategy.

The answer is hidden in this phrase from earlier: 'subscriptions are not enough'.

Publishers to date have only had one tool to monetize their readers and have put everything into this single basket. (Events, e-commerce, and other strategies only bring in marginal revenue and will not be scalable to the extent publishers need them to be.) Paywalls have really been it.

The solution is to give publishers a new tool to monetize readers, specifically casual readers. A subscription is just the end game, but it's a big ask for readers to go from paying nothing to subscribing. Publishers need a way to help their readers cross this chasm.

One way to identify a new solution is to diagnose what paywalls (and other alternatives like micropayments and aggregators) are actually solving for.

When you boil it down, what they solve for is access. Paywalls are a way for people to pay to access content they like. It's similar to paying entrance fees to a museum, baseball game, or concert. Getting in is the point.

Once you're in, that's it. It's up to you to consume as much or as little as you like. Which articles you read is also at your discretion and it has no bearing on the price of entry.

Aggregators essentially do the same thing, but across multiple publications, while micropayments are also about access, but shrunk down to the individual article level. In both cases, it's still about access and so they suffer the same fundamental issues as paywalls.

So we need a new tool that can monetize readers that isn't based on access. An alternative model is similar to how customers pay for water and electricity: it's consumption based.

Giving readers the ability to pay for only what they read introduces a whole new way to consume content. Instead of everyone paying the same, but consuming differently, payments can be personalised to everyone's own consumption patterns.

The advantage this provides readers is greater flexibility to enjoy their favorite sites, and pay them, without the commitment.

Now you have a spectrum of payment levels, from the infrequent low-paying casual readers, to those who read moderately frequently, to those who consume a lot. Publishers can even put a payment cap to reassure readers they won't suddenly have huge bills to pay, and set it at or above their subscription rates.

You have built your bridge.

Readers are paying what they can afford, building habits of reading and loyalty, while slowly paying more over time. The top paying readers are highly qualified leads for targeting subscription campaigns as it would actually save them money. They haven't had to jump from zero so to them it makes sense!

Since there are typically so many more casual readers than subscribers, it does not take many, sometimes as few as 2-3%, to bring in enough to match subscription revenues. (You can try our handy revenue calculator, if you'd like to find out how much - works best in Excel, not Google sheets.)

Any worries about cannibalization can be put to rest by setting the payment cap and article pricing to incentivize subscribers to stay on. And for those who were going to churn anyway, now they have an alternative way to continue paying.

In short, your consumption model creates a pathway for your subscription model. It's the missing piece, the other side of the coin, that publishers need to create a holistic reader revenue generating system.

As publishers start to adopt this approach, in another 10 years it will become lesson #6...

If you're interested in a consumption model to boost revenue and subscriptions, then schedule a 15-min demo here with our amazing team who would be more than happy to answer your questions. You can also follow us on Twitter @StreemPay 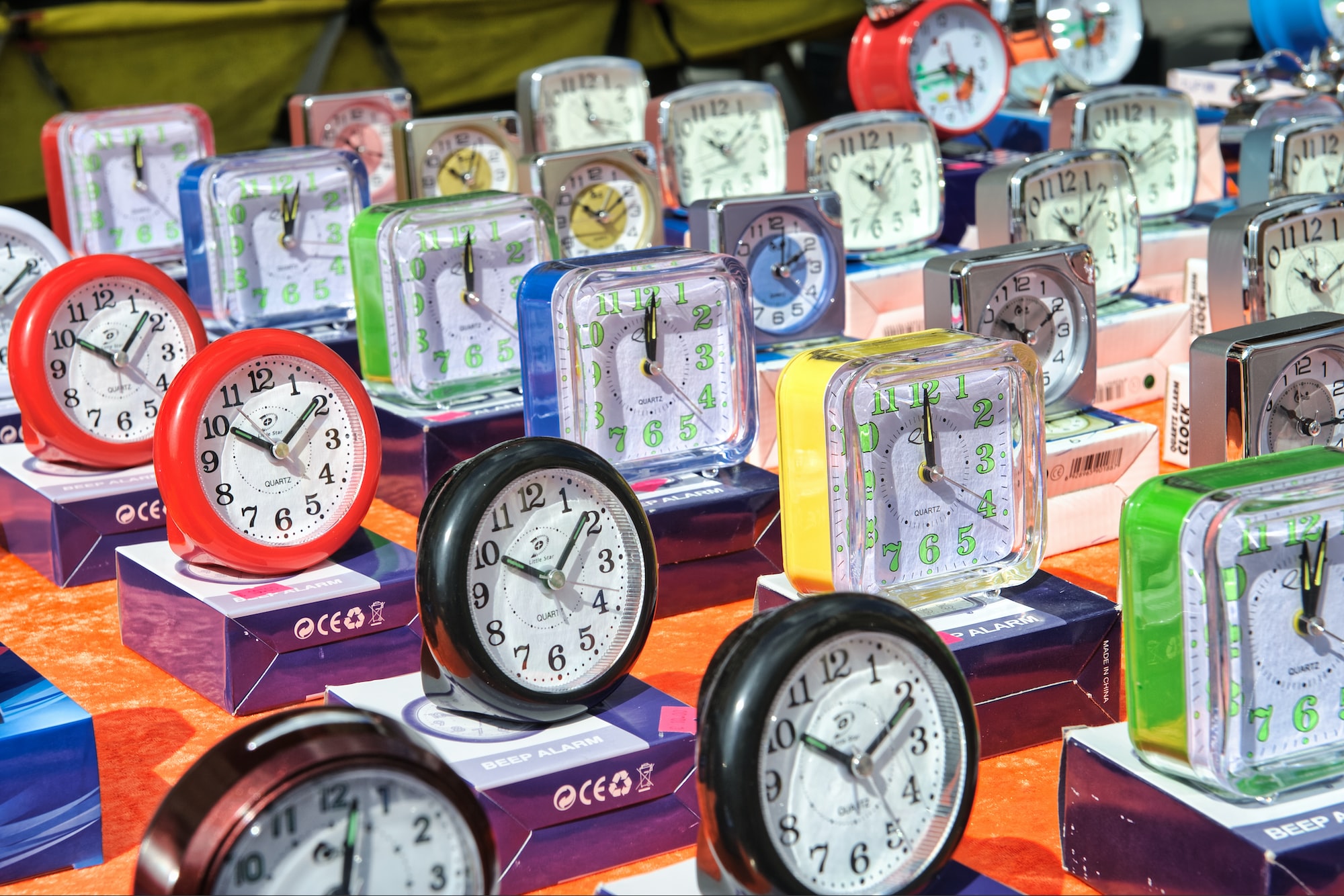 Publishers build their business on their subscriber base. But what if that base has hidden flaws that pose serious problems for churn and cash flow?